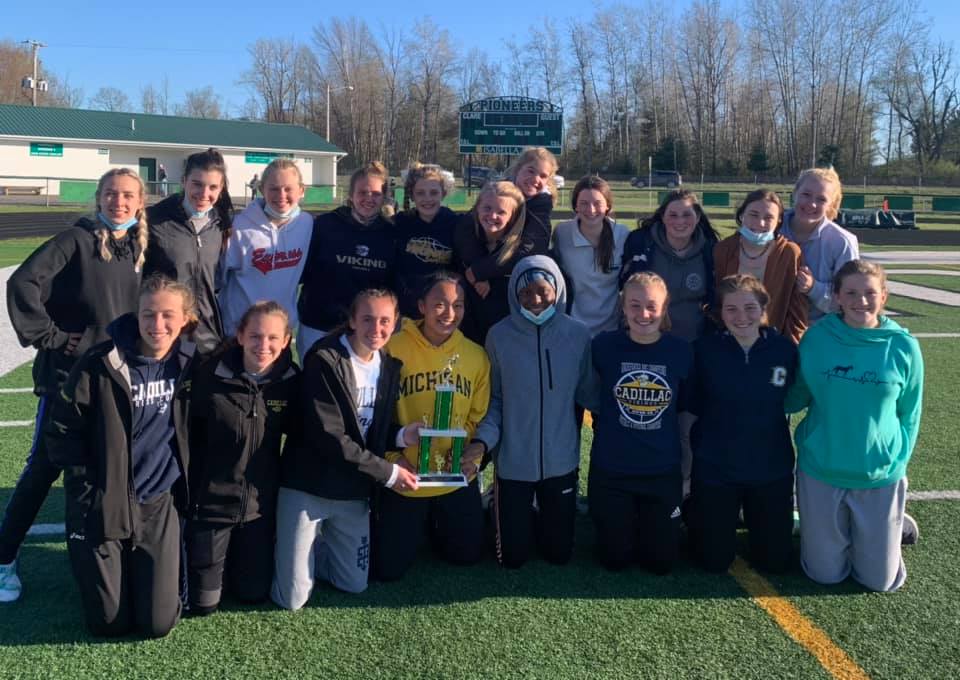 The Cadillac girls track team had a strong showing at the Clare invite on Saturday. The team won the title with 179 points, Clare was second with 161, and Mt Pleasant Sacred Heart came in third with 100 points.

Chloie Musta won both the 400 and 800m runs and was part of the winning 4x800m relay along with Kendall Schopieray, Renee Brines and Ellie Cool. Schopieray also won the 1600 and was third in the 800. Peace Odiase placed second in the 100 hurdles while Heather Eller took third in the 300 hurdles. Ellah Santangelo finished third in the 3200. The 4×100 relay consisting of Odiase, Hanah Johnson, Bella Smith, and Julia Jezak placed third as did the 4×200 relay team of Odiase, Madisyn Lundquist, Johnson, and Jezak. The 4×400 relay of Jezak, Schopieray, Cool and Musta came in second place.

In field events, Angela Mo won the discus at 86 feet while Makenzie Johns finished third in shot put at 30-4.5. Lundquist placed third in pole vault at 8-0.

On the boys’ side, Cadillac placed third with 109.5 points. Clare won the title with 135 and Carson City-Crystal was second with 112 points.

Ben Kohler won the 400m dash and was part of the winning 4×200 relay along with Jakob Bartman, Chris Reinhold and Aden Gurden. Derek Rood won the 110m hurdles and placed third in the 300 hurdles. Bartman was second in the 200m dash and was on the third place 4×100 relay team with Teegan Baker, Rood and Gurden and the 4×400 relay team with Matteo Letizio, Baker and Kohler.

The 9th and 10th graders compete at Harbor Springs today.