With spectator limits loosened, the varsity volleyball team was finally able to play in front of their friends, family and community members — and celebrate Parent’s Night. Cadillac used the home court advantage to sweep Traverse City Central 25-15, 25-16, 25-18 on Wednesday night, improving to 7-1 in the BNC.

The varsity team hosts a quad this Saturday at 10:00 am while the Freshman team travels to Byron Center for a Tri and the JV team plays in a quad at TC West. The next BNC game will be played at TC Central next Wednesday. The Trojans are one point ahead of the Vikings in conference standings.

**Before the game last night, Coach Brines honored senior Macy Brown for moving into first place in the record books for career kills at CHS. Brown has recorded over 650 kills (and counting) this season and 2,037 (and counting) in her career at Cadillac. The previous record was held by 2013 graduate Katlyn Agren who recorded 1,609 kills. Brown’s 2,000+ kills also moves her into MHSAA’s Top 20 All-Time kills record book. Congratulations, Macy! 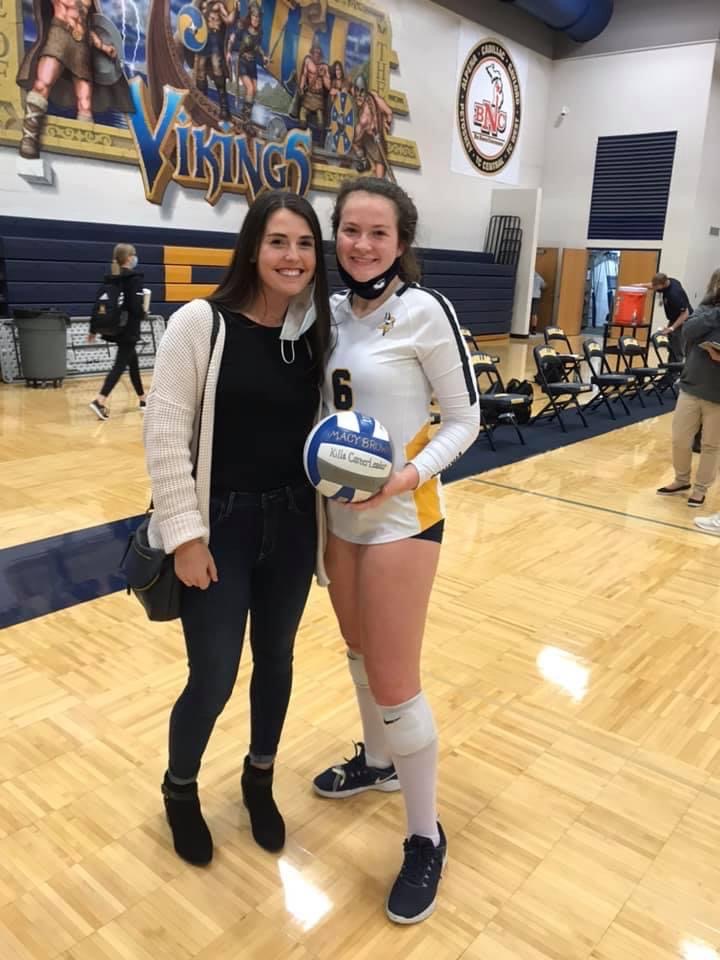